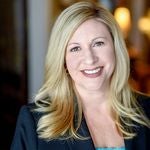 Season is a founding partner at Tatum & Atkinson, PLLC and has been a practicing attorney in North Carolina since 2001.

Season received a Bachelor of Arts degree in Political Science from Marshall University in 1997 and earned a Juris Doctor degree from the Dickinson School of Law of Pennsylvania State University in 2000. While in law school, Season was employed in the civil litigation section of the Pennsylvania Office of the Attorney General, which focused exclusively on cases involving employment discrimination and civil rights claims. In addition to being licensed to practice law in North Carolina, Season is also licensed to practice law in West Virginia.

Season's primary areas of practice are motor vehicle negligence and workers' compensation. She takes a special interest in helping victims of impaired drivers.  Season serves on the state advisory board of Mothers Against Drunk Driving (MADD) and, in January 2018, was selected for the National Board of Directors of MADD.

Season is married to an North Carolina State Trooper, Derek, and they live in Wendell, NC with their young daughter and maltipoo Clooney.  Season is an avid Scuba Diver who actually owns her own Scuba Park!