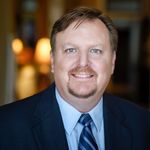 Robert is a founding partner at Tatum & Atkinson, PLLC.  Robert's practice focuses on representing people who have been injured or harmed when someone else is at fault.

Robert received Bachelor of Science degrees in Accounting and Business from the University of Virginia and a Juris Doctor degree from the University of North Carolina. Robert also served seven years with the United States Army in the Military Intelligence Corps and with Special Forces, participating in Operation Just Cause in Panama in 1989, Operation Desert Storm in Iraq in 1990 and Operation Noble Eagle in Afghanistan in 2001.

During law school Robert was a Senior Staff Member on the Journal of International Law and Commercial Regulation and participated on the National Moot Court team.  He is licensed to practice in all North Carolina state courts, all of the Federal District Courts in North Carolina, the United States Court of Appeals for the Fourth Circuit and the United States Supreme Court.

Robert and his wife Ann have a son who is an Active Duty Marine currently serving our country over seas.  They have two doggies named Cookie Monster and Captain Jack Sparrow "Jackie" who very much enjoy their time in the law firm.  Robert's favorite activity is to cook and he is a great chef!